The Orthodox would rightly point to the dilution and tendency towards banality in the modern Catholic liturgical texts. The Orthodox would frown upon the express Sunday liturgies that sometimes are over in 30 minutes. Other worries for the Orthodox include: secular music, Communion on the hand, Communion without fasting, priests facing the congregation, liturgical dancing, women at the altar and excessive use of the laity.

Loyal readers may remember a review of a 2007 book Being Human for Human Beings, by Australian Catholic doctor and writer Aniello Iannuzzi. Here is a commentary of a different kind, written with his wife Paraskevi Tsironis, who is from the Orthodox tradition – with an introduction by Sandro Magister, who is well-known to most of us as the Editor of Chiesa Espresso, and thus perhaps be forgiven for describing Coonabarabran as “a village” – Ed. 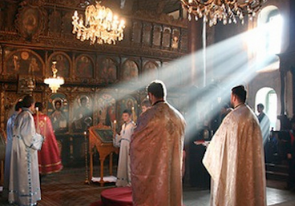 Pope Francis adores making headlines with Muslim, Protestant and Orthodox leaders.  Decrying proselytism, Pope Francis and his media operatives advertise all this as oecumenism and dialogue.

All agree that unity in Christendom is what our Lord wants. Reality suggests reunifications are only possible amongst the sacramental Churches, as the other ecclesial communities are too different and too varied.

Indeed the most serious oecumenical discussions have been those between Pope Francis and Patriarch Bartholomew of Constantinople. A type of new Council in Nicaea has been foreshadowed for them or their successors in 2025.

But can these orchestrated manoeuvres realistically result in reunification of the Churches?