Pitched Battle on a Mad Monday at the Synod

I have tried to spare readers too much detail on the Synod. I know it’s important, but it’s also an occasion of scandal, and a danger to one’s faith – or at least mine. But sometimes the message from the secular press needs to be put into perspective. – Ed.

[Rorate’s] conclusion: Bruno Forte made up homosexuality paragraphs by himself

POST SCRIPTUM – In the afternoon of Monday, October 12, “L’Osservatore Romano” gave a first dim account of the pitched battle that burst into the open in the morning in the Synod Hall after the reading of the “Relatio post disceptationem” written by Cardinal-Rapporteur Peter Erdo, with the collaboration – at times with prevarication [prevaricante – “with malicious abuse of one’s position”], as Erdo himself made known in the morning press conference – of Special Secretary Bruno Forte.

Forte acted like a Bugnini for “Gayness”, making things up to achieve his own end.

Under the gunfire of around 41 interventions, Cardinals Pell [Secretary for the Economy], Ouellet [Prefect for Bishops], Filoni [Prefect for Propaganda Fide], Dolan [of New York], Vingt-Trois [of Paris], Burke [Prefect of Apostolic Signatura], Rylko [President of Laity], Müller [Prefect of Doctrine of the Faith], Scola [of Milan], Caffarra [of Bologna] among others spoke up, all against an opening to second marriages as proposed by Cardinal Kasper, who also intervened.

But among the protests also reported by “L’Osservatore Romano” there were also those regarding the paragraphs (written by Forte) on homosexuality, regarding which “a formulation was demanded that took people into account but that does not contradict in any way Catholic doctrine on marriage and family.”

And also “was proposed a stronger message on the tragedy of abortion, as well as on assisted reproduction.” 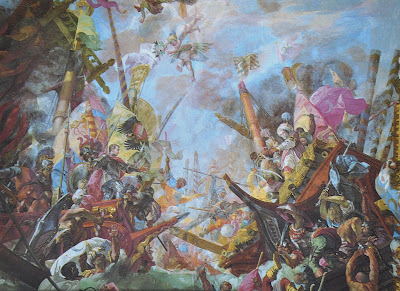 « A Pessimistic Case for Hope
In Beer Veritas »