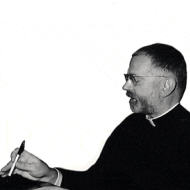 And still there would be more to say. It could never have developed, branched out, and lastly grown such monstrous and grotesque buds, had modern Catholicism’s most characteristic trait not come about, namely: a phenomenal, and not altogether healthy, development of the papacy. And here again what is at stake is the whole evolution of French society and, more generally, of that Western society which was long synonymous with “Christendom.” If such is the case, it won’t be a waste of time to push our analysis of the “Lefebvrist” phenomenon further than is usually done.

« Bishop Schneider in Australia
The unchangeable truth about marriage and sexuality »