It mightn’t be a guaranteed cure for vocational crisis. But it’s worth a shot. 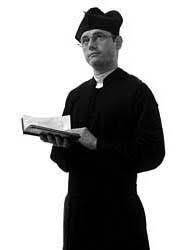 Recently I posted an article called The Economics of Religion, in which I said

Last year I spoke to an old friend in Rome who referred to the observable connection in US Dioceses between perpetual adoration and vocations. (He identified a contiguous belt, roughly coterminous with the “Tornado Alley”.) I’m not saying there is necessarily a direct causal link, such that one can turn around a shortage of vocations by instituting perpetual adoration and turning on a Grace Tap. It’s quite likely that the sort of diocese where adoration would seem like a good idea is the sort of diocese where the clergy might be appealing role models, and catechetics sound. But one cannot ignore the “spiritual economy”.

I’ve just come across some statistics on Fr Zuhlsdorf’s excellent blog, which bear this out. A survey of US Priestly ordinands in 2014 commissioned reports that prior to entering the seminary:

82% had been altar boys
73% had attended adoration of the Blessed Sacrament regularly.

Oh, and the page also notes the views of Fr Z’s readers on the influence of female altar servers (not covered in the bishops’ survey.)

« Pilgrimages and Catholic Tradition
Tammany on the Tiber »